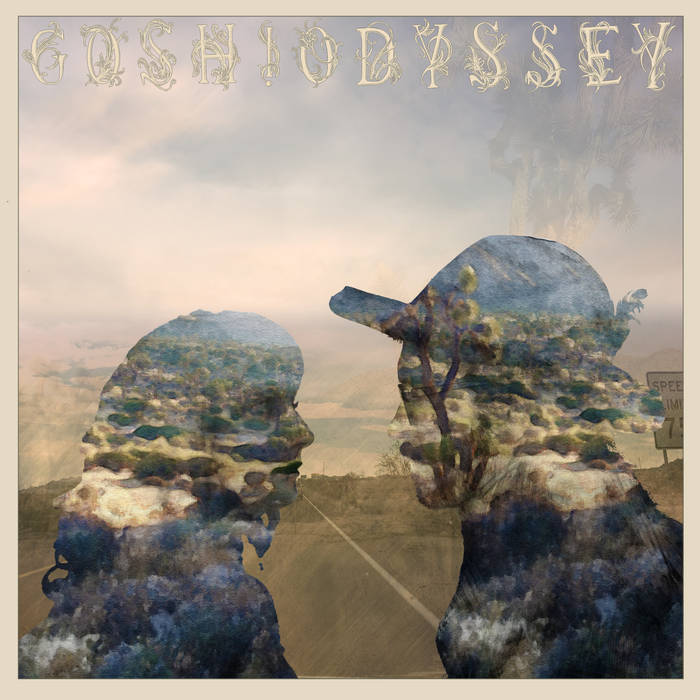 Returning to Chicago after yet another self-booked tour marked by engine failure and a drummer jumping ship, Padraig Steadman and Claire Lambach wrote a stunningly beautiful album reflecting on the melancholy of a life in pursuit of art and music. Here’s GOSH!’s Odyssey, the too-real opposite to the Wayne’s World quest-for-rock-stardom narrative. It remembers an underpaid journey as arduous as the real Ulysses’s, full of tragic twists and chemical quicksands, dating back to Padraig’s years as the frontperson of Nude Sunrise — one of the most notoriously drug-fueled bands to churn through the DIY circuit in the first part of this decade, who always played louder than any band on the bill, who’s volume got our co-founder arrested in 2011, who toured with 200 hits of acid at least once in my experience, and who all worked at the same Papa John’s when they weren’t on tour. Since forming GOSH! with bassist/vocalist Claire Lambach in 2015, Steadman’s output has been far more sober (literally) — the group has become known for their uniquely minimal and sensitive psych rock, at times traversing into almost ambient territory. They can’t escape their distinctly Midwestern tempos, with vast gaping expanses between some chords, and a gritty, industrial drum machine popping in only occasionally to drive their more social numbers, but Odyssey takes on a western palette at the same time, emulating some of LA’s great country stars through the stark emotionality of voice and strum. There’s an optimistic stripe buried in all GOSH!’s music too, never put more plainly than in the album’s opener, “I can feel it coming soon.” Ultimately, the GOSH! story isn’t about hopelessness — it’s about an unquenchable faith in the power of love and music to survive even the most fucked up circumstances, and it’s always been a big inspiration to us. Here’s hoping this album can carry GOSH! onto a brighter leg of their Odyssey.

All songs written by GOSH!

Recorded by Ian Harris at Futureappletree Studio 2, Rock Island IL in October and November 2017. Mixed by Patrick Stolley with assistance from Ian Harris and GOSH! Mastered by Jeffrey Konrad.